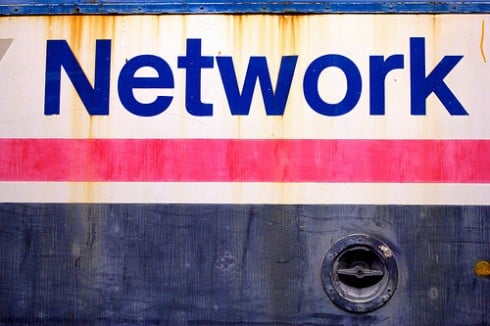 HR professional and recruiter, Rich Jones (@iamrichjones), writes in Ebony this morning that even with a spotless resume there’s always going to be a group ahead of you who have gone the extra step. The networkers.

“It’s not what you know, it’s who you know” is more than a poignant cliché, especially in today’s market. A good number of the people interviewing for the job you know you’re qualified for found a way to “warm up” their application. And if they don’t land this job, there will be other interviews because they already have people selling for them—if even just a few words. It could be as simple as “This person has been active on our Facebook page,” or “I’ve engaged with this person on Facebook/Twitter. Their application is worth taking a looking at.”

Jones says it’s not networking at job fairs and the like, candidates have social media platforms to use for networking. If you’re not taking advantage of LinkedIn, Twitter, and Facebook, you’re not maximizing your networking efforts, per Jones.

Law students and law grads would be well served to read Jones article in full. His tips, inspiration, and soft kick in the rear would serve you well. Me too – at age 57.

Here’s some excerpts of Jone’s insight with a little annotation from me.

Networking on social media means more than engaging just potential employers, it also means building a mini-army of people who become your evangelists. They’ll be on the look out for opportunities on your behalf and be willing to lend a hand where they can. Even dropping one of their colleagues a not recommending that they ought to talk with you — or maybe even hire.

I’ve met a few law students who are out pressing the flesh by networking through the Internet, but they seem to be few and far and between. If you get out and and leverage social media, you’re apt to pick up a lot of fans (in the real sense). You’re certainly going to move ahead of others who have stronger resumes, but who are relying on the letter and resume approach.

Is it scary to do this stuff? Sure. But it’s scary to practice law. Lawyers and law firms worth their salt will be impressed by law grads and law students who push themselves to go outside their comfort zone.

I’m in total agreement with Jones. “If you’re not taking advantage of these tools, you’re not maximizing your networking efforts.”